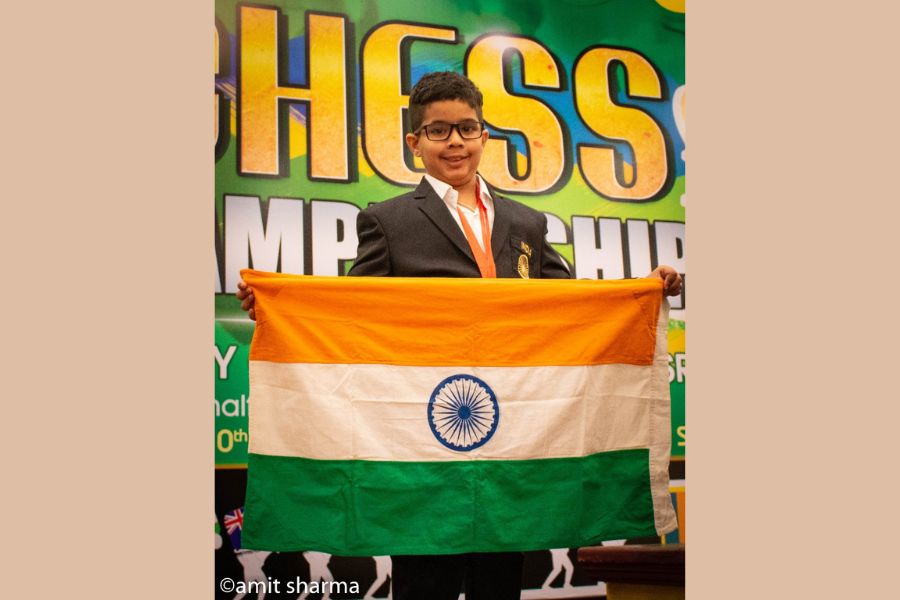 New Delhi, December 06: To Mumbai-based Jaivardhan Raj, chess is now like second nature. It dwells in his subconscious and finds a place in his heart as his passion. Jaivardhan, who started playing chess at the age of five, is amazingly good at it.

His talent was first noticed by his parents in a rather dramatic incident. At a local tournament where Jaivardhan was participating for the first time, he predicted his own defeat. He noted that within five or six moves, he would face a checkmate, and exactly as he had predicted it, Jaivardhan did indeed face a checkmate. This really surprised his parents, who suddenly understood Jaivardhan’s capability to understand chess moves and the depth to which he could calculate strategy. This also made them realize that with time and practice, Jaivardhan could become a master strategist on the board. His ability to see a strategy play out gave him an advantage in both devising one and preventing one from unfolding against him.

Jaivardhan is so passionate about chess that he talks about playing chess in his sleep. He spends two to three hours on a regular basis working on his tactics, chess strategies and moves. When his holidays are on, Jaivardhan spends no less than six to seven hours a day practicing and polishing his chess skills. He is a very sharp and brilliant strategist, who loves to see his strategy unfold move after move, cornering his opponent at the last minute, leaving no avenue for an escape. Jaivardhan shows sincerity and dedication towards his game. His extensive practice schedule goes on to show that not only does he have a strong sense of commitment towards chess, but is also very passionate about it, enough to spend such long hours working on it.

Jaivardhan’s parents have been strong supporting figures every step of the way. His father, Satyam Raj, and his mother, Anubha Raj, have stood by their son’s side and helped him harness his potential. Support from the family’s side is very important for an individual. It boosts the individual’s confidence and allows him/her to spend time with his/her passion without stress. His grandfather rightly raised some concerns regarding Jaivardhan’s academic responsibilities. However, Jaivardhan has proved to be both an excellent chess player as well as a good student. His school, Jamnabai Narsee School, Juhu, Mumbai, lends its full support to him. The school gives him time off for his tournaments. This allows Jaivardhan to practice for his upcoming tournaments without any school-related stress.

Jaivardhan has won several awards at various platforms for his exemplary chess skills. He has won the Maharashtra State Championship in all three formats. He is also a National Runner Up in the Under-7 category. Moreover, Jaivardhan is an Asian School Champ and a gold medallist as well. He won two bronze medals, one silver medal, and the title of Candidate Master at the Western Asian Chess Championship, 2018, held in Tashkent, Uzbekistan. He has also won a bronze medal in the Asian Youth Championship.

As far as his plans are concerned, Jaivardhan is simply going with the flow. For him, there are no set goals or boundaries. His ambition is to conquer the heights of success.  His parents feel that for him, the sky is the limit.

Jaivardhan has all it takes to be a champion – dedication, perseverance and family support. He is a very committed individual and is very passionate about chess. He is also a versatile student and often engages himself in other activities such as swimming, cycling, and painting. With time, Jaivardhan is destined to raise his FIDE ranking and make a name for himself in the not-so-distant future.