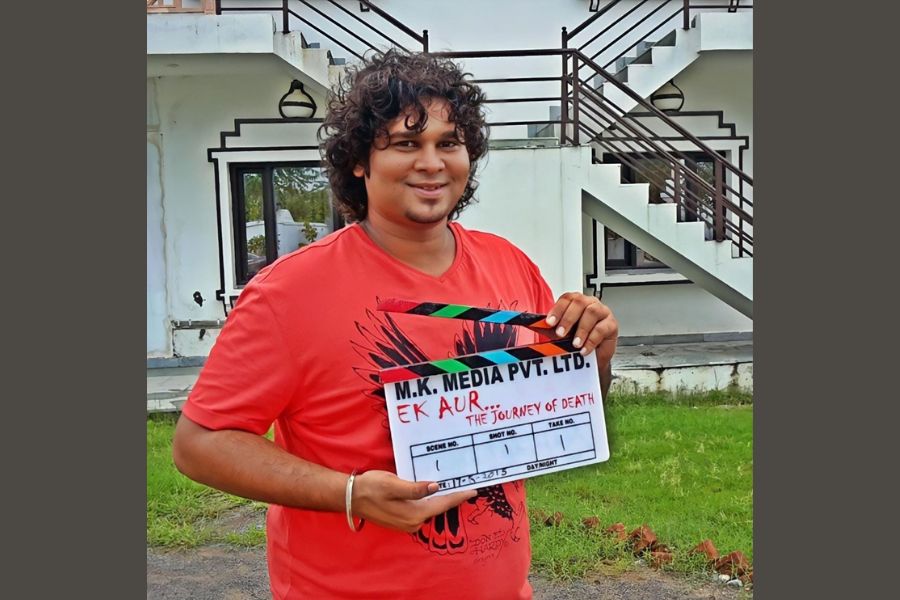 Doing Everything For The Passion: Gaurav Kothari

October 12: Nowadays, what we have noticed is people try to take shortcuts even when following their passion and working towards it. Everyone needs everything easy and early, but we all know who gets everything. The person who works really hard and, even after facing a lot of complications, still works towards their passion.

Today we are going to talk about one such person with a passion for acting who has done every single thing to fulfill his dreams and follow his passion. We will be talking about Gaurav Kothari, and we bet you must have seen him in a lot of TV commercials as well as shows.

Gaurav Kothari is a fun loving person, and this attitude of his helps him in getting better at his skill. Because of this attitude, he always remains positive, and no matter what kind of situation takes place, he solves it with a positive outlook.

Most people think that Gaurav Kothari is good with acting only, but along with that, he has multiple talents such as acting, mimicry, mono-acting, freestyle dance, photography, and DJing.

The list does not end here, as he also knows how to play instruments like dholak, conga, and drum.

Let’s talk about Gaurav Kothari’s work experience from the beginning. After a lot of struggle, Gaurav got its first TV commercial and that too with SRK for Videocon. Gaurav always knew that he was built to do work in commercial ads and TV series, tried a lot to get TV serials when he got two such opportunities.

The first serial was “Lagi Tujhse Lagan” for Colors TV and “Teri Meri Love Story” for Star Plus.

Till now, Gaurav Kothari has done more than 70 tv commercials, and along with that, he’s the brand ambassador of XMEX Clothing for their Plus Size Product Collection “Smiles”.

6-5 = 2 is Gaurav Kothari’s most famous movie, which is loved and watched by his audience nowadays as well. Want to check it out? It’s available on Amazon Prime Now.

6-5 = 2 is one of those movies which helped Gaurav gain a huge fan base, and people fell in love with his character Harsh Lulla. He also got an International festival film award for one of his movies, “1982 a love marriage”.

Along with that, Gaurav Kothari has also worked with renowned actors like Naxazuddin Siddiqui in Munna Michael. He recently did an ad with Ranvijay Singh for Mahindra Xuv.

Gaurav was also able to fetch a lot of audience love from the Yamaha Expedition Reality Show on Zingtv, where he was a contestant.

Maharashtra Ratna Puruskar Organised by MahaSeWa and Red Ant, Powered by TRIPONN and SAVANI in association with Pravasi Sandesh