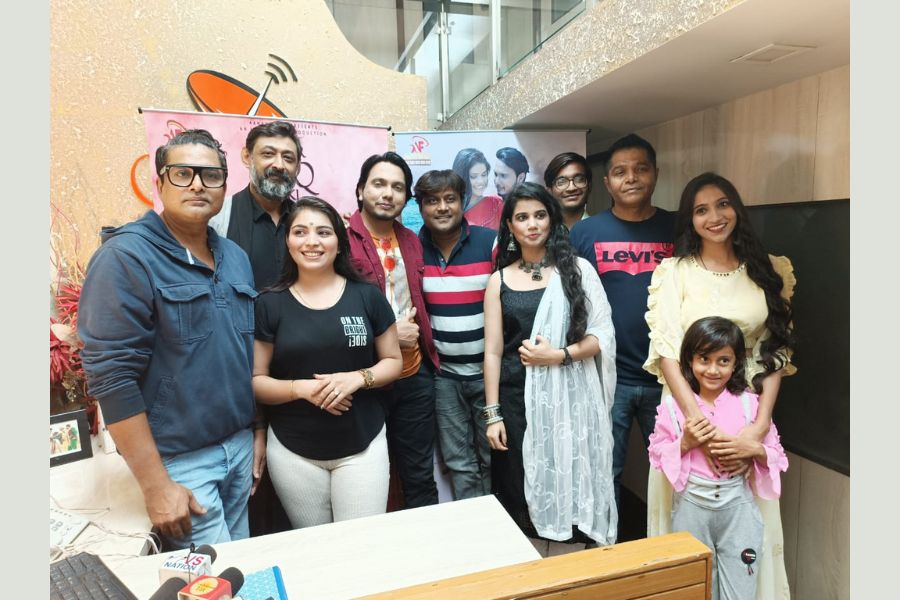 Mumbai, September 30:  the trailer of the film Tasveer Ishq Ki was released. Seeing the powerful trailer, it seems that the audience will definitely like this film.

This is the debut film of Armaan Khan and actress Anjali Sharma; giving information about the film, Armaan Khan said that it is a different kind of romantic film. It is often shown in films that the Hero is obsessed with the heroine and tries to impress and get her. In this film, heroine Anjali Sharma likes her because of the Hero’s good deeds and calls her l love you, but Hero rejects her, then what happens?

What happens next in the untold story of the relationship and feelings of two lovers? You have to watch the movie to know all this. Our film is releasing on all major OTT platforms on 6th October.

Since the film is romantic, it will also have romantic songs and scenes. On this, Armaan told that the song Saheba is becoming a huge hit in the film; as far as the scene is concerned, there is no provocative, provocative, kissing smuching scene in it. This is a romantic film to watch with a full family. On this occasion of the trailer launch of the film Tasveer Ishq Ki, the lead actress Anjali Sharma could not reach here due to some reasons, but co-actress Pallavi told that the film had been made well, there are new actors in the film, but you will get newness in the script of the film.

Armaan has done a great job. I have the character of the heroine’s friend in this, but it is important. Here let us tell you that the teaser of this web film “Tasveer Ishq Ki” made under the banner of “Akhan Films Pvt Ltd” is also being liked very much and with the same audio world of beautiful romantic song Saheba It has been released on all Indian and International platforms across the country, which is making a lot of headlines. You will soon be able to see this song on the YouTube channel of Akhan Films. Congratulating Armaan Khan, the entire team and guests present here said all the best.

When Is The Right Time To Get A Home Loan?