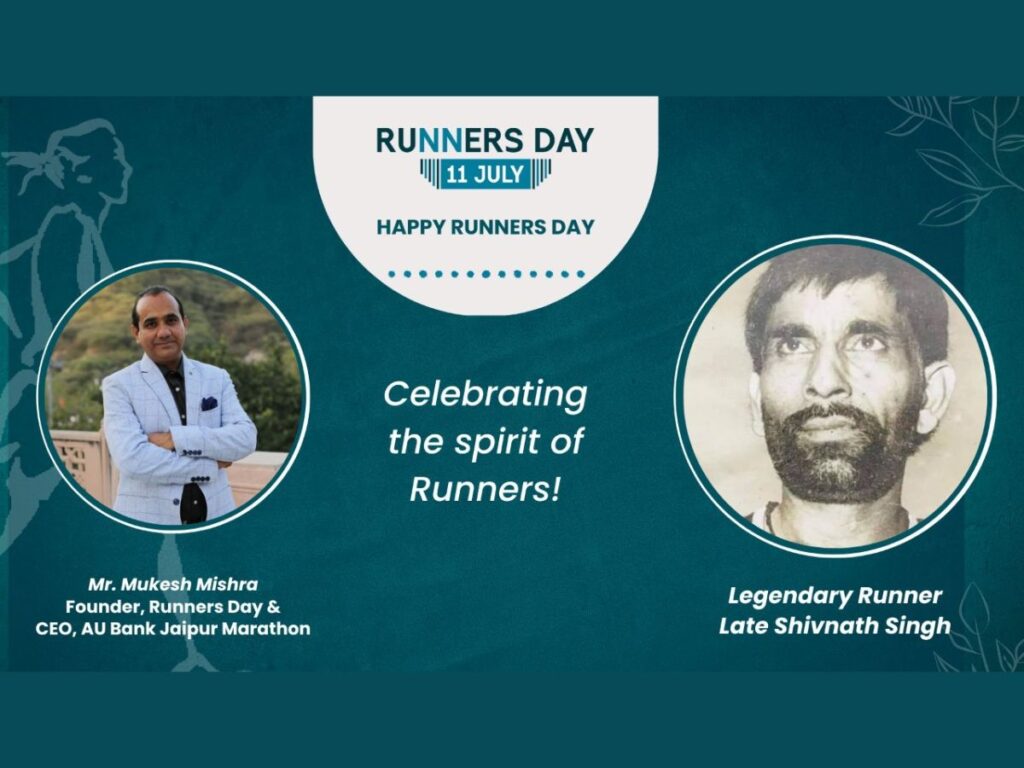 Runners Day is a celebrated reminder of the compassion, strong will and victorious endeavours of the legendary runners all across the globe who glorified their hard work with flying colours. Celebrating this day on 11 July is an attempt to take forward their legacy and showcase gratitude to one of India’s best distance runners, Arjun awardee and the former Asian Games gold medalist – Late Shivnath Singh. What other day to be celebrated as Runners Day than 11 July – his birthday! A souvenir to the legend who left a yet unbreakable record of 2:12:00 hrs set in 1978, this day embarks as the memoir of his glorious victories and passion for the sport.

Runners day celebration started in 2020 on the birth anniversary of the National treasure Late Mr. Shivnath Singh. India’s pride in athletics, Mr. Singh has remarkable successes in athletics and has represented India twice in the Olympics and Asian Games. Unfortunately, we lost the hero on 6 June 2003 because of chronic disease. India has produced famous athletes who have challenged every opportunity to climb the peak of perfection, and Shivnath Singh is a memorial of this league of remarkable people forever.

Runners day is an initiative by Mukesh Mishra, CEO & Founder of the AU Bank Jaipur Marathon. A man of impetuous passion towards the runners in the World, hailing from Jaipur, he wanted to make a dent in the World by uplifting the sport and recognising the runners worldwide. He has acclaimed a yet affixing list of accomplishments under his name. A cherished emblem to his name is the Au Bank Jaipur Marathon, of which he is the founder and CEO. It is known to be the biggest marathon in India. He galvanised the masses towards keeping the muscles to action through running and cycling and making them realise the importance of a healthy lifestyle. A man on the mission to bring cycling and running revolution to India, he started various running movements in Rajasthan like the Jaipur Runners Community, Jodhpur – Mount Abu, and other events and activities. Taking his enthusiasm about fitness to reach the masses, he also founded Jaipur Cyclothon and precisely for the budding cyclists, he also founded the Kids Marathon. He is the co-founder of 20 Minutes of Running as well as the founder of Jaipur Runners Club with more than 1500 active members to promote fitness through running.